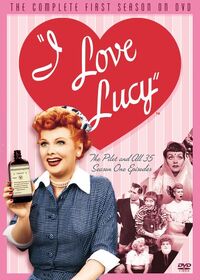 Below are two lists of all 35 episodes in season 1, the season with the most episodes by far. At the end of the season, the show was #3 overall in the Nielsen ratings, as a result of it needing time to gain popularity and recognition at the very beginning. But the later episodes already made I Love Lucy the #1-watched show around on a weekly basis. Because there is discrepancy between filming order and broadcast order for some of the earliest episodes, two lists will be provided, giving both orders. Different fans prefer to order the episodes different ways, and both ways are technically correct, so long as it is specified whether the number represents filming or broadcast order.