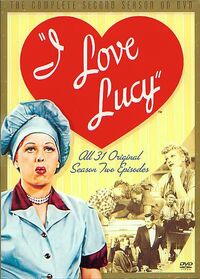 Below are two lists of all 32 episodes filmed for season 2, the craziest season as far as episode order goes. Curse you, flashback episodes! This was the first season the show placed #1 overall in the ratings. Because there is discrepancy between filming order and broadcast order for the majority of season 2 episodes, two lists will be provided, giving both orders. Different fans prefer to order the episodes different ways, and both ways are technically correct, so long as it is specified whether the number represents filming or broadcast order. And if you find yourself confused about "Ricky's LIFE Story," yes, it really was filmed during season 2 but aired during season 3.